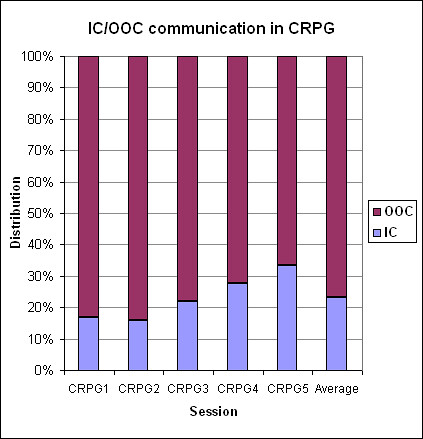 This graph shows the ratio of in-character to out-of-character statements during five sessions of the PS2 RPG Champions of Norrath. While coding the data, any utterance which could be construed as in-character was categorized as such, heavily favoring this category.
Interestingly, the in-character percentage is significantly lower than in similarly coded pen-and-paper RPG sessions.
As discussed in (*) and in the article I’m currently writing with Anders Tychsen.