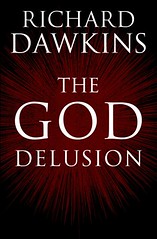 I’ve just finished Richard Dawkins’ bestselling anti-religious The God Delusion. Entertaining for sure but in a sort of indulgent way since I pretty much found its premises about as hard to swallow as Italian ice cream on a sunny day. Having one’s own views intelligently and conveniently confirmed – hasn’t that sort of become the domain of podcasts these days?
Anyway, one interesting feature was the rhetorical effect of Dawkins’ outright anger. An example:

“I have described atonement, the central doctrine of Christianity, as vicious, sado-masochistic and repellent. We should also dismiss it as barking mad, but for its ubiquitous familiarity, which has dulled our objectivity.” (p253)

It is one of Dawkins’ points, of course, that religion deserves no particular respect and that its claims and concepts should be treated as critically as all other types of claims and concepts. Nevertheless, there is obviously spite here and while it can read as honesty it can also read as personal vendetta and thus, perhaps, seem dismissable out of hand to some. Anyway, it illustrates the interesting and complex rhetorical features of anger.

All in all, I recommend the book, but earlier work by Dawkins is more essential if you haven’t been there already.

BTW, the New York Times was somewhat sceptical while The Guardian‘s reviewer had a better time.