I’m immensely fascinated by the ways in which we, the alleged Homo Sapiens, set up our environments and construct our objects in order to make them difficult to navigate and use.

And I’m not being the least bit sarcastic here. We do, deliberately, and for excellent reasons, limit others and (even, more fascinatingly, ourselves) from easily taking certain causes of action in the future.
Now, this general topic is of profound depth and importance. We’ll discuss that another time then, shall we?

Today, let’s limit ourselves to a mere minor aspect of these big questions: Designed objects which, by their design, test and select their users.

The most common of such objects is the lock. The lock is an object which selects among the pool of possible users by being inoperable without the key. Thus, a lock requires the user to be in possession of a certain object.

Objects can test users in two other ways.

First, they can test for a certain knowledge. This is merely another type of lock, typically manifested as the need to know a password.

Image 1: To open, you need to hold down the small white button, while first turning then sliding the lock to the left

An example of the latter is the child lock. The child lock is meant to impose minimal annoyance on the adult user wanting to open a window or a kitchen cupboard, while making it impossible (or very difficult) for a young child to operate it. A child lock typically tests for several characteristics: Physical strength, logical thinking, and dexterousness. 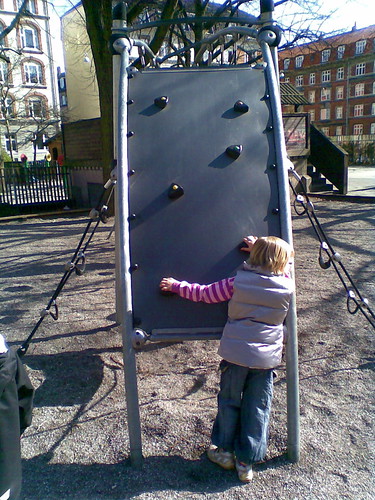 Image 2: To get onto this climbing wall, you need to be of a certain height

The alternative to child locks (in the broadest sense) is often complete inoperability (blocking the window until the child grows up) or posting a human evaluator/guard. The latter approach is The Amusement Park approach – amusement park rides often demand that users be of a certain height. But unless the guard is awake, anyone could get on board.

Now you’re entitled to your own aesthetics, but in my opinion the child lock approach is by far the more elegant. I think objects which cannot be used by users who shouldn’t are simply cool.

Of course, we can the discuss how this relates to things like the politics of artefacts if you’re interested…

Oh, a knowledge test is sometimes used to test for age… But it’s pretty inaccurate and often functions more like a test of whether the user can read and use Google.