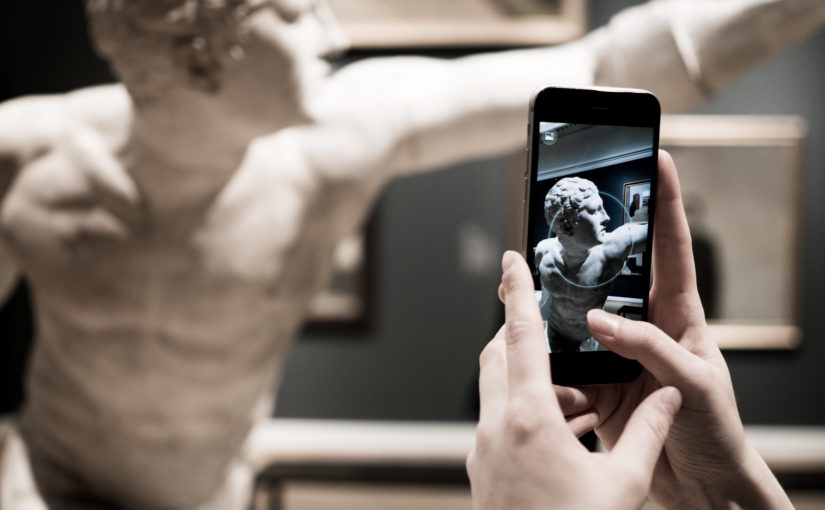 This article appeared in Museum-iD, September 2017

Jonas Heide Smith on why museums need to be more reductionist yet more disorganized in order to succeed in the digital world.

The signs are all around us: Museums are abandoning the museum-as-building paradigm and even stepping beyond the museum-as-building + website “tiny addendum model” to embrace the idea of the museum as platform. Not in a coordinated rush, and certainly not at similar speeds but as an audible rumble fueled by the affordances of digital technologies.

If I may very briefly summarize, the idea is this: The interface to our collections is now a myriad different views through a myriad different screens over which we have very little control. The museum, in other words, has become increasingly distributed (see also Bautista & Balsamo, 2011) and strictly prioritizing one interface over another is non-trivial. Or as Nancy Proctor exemplarily notes “a bricks-and-mortar museum is an analog platform” (Proctor, 2010).

Now, while this new model may be increasingly accepted in some variation it often remains largely metaphorical. While digitizing one’s collection, surrendering control, and making files accessible through third party platforms is brave, commendable, and challenging in itself it does not fulfil the digital potential of most museums. Let me explain why I believe we need to be more reductionist yet more disorganized in order to succeed.

Towards a thick connection

You may have accepted that the internet is the prime repository for shared knowledge (or ‘information’ if you insist) in our societies. For any knowledge institution we are long past the point where choosing not to have a strong impact online is the choice in need of an explanation.

Many institutions have material online in some form and thus have at least some connection to the web. But the usefulness of these connections runs the gamut. A “thin” connection is one where very little material is published and/or where this material is unorganized. It’s what you get if you, say, place a collection of photos for download on your website. The very dedicated, the very knowledgable, or the very lucky can find them and use them but the downloaded photo will typically have very little associated information. Your museum may know a lot about the object but the user will be able to find out very little. In a sense, then, your collection will be connected to the shared knowledge bank though a very thin connection.

At the other end of the spectrum, a “thick” connection is one where the museum’s knowledge resources are published far more systematically than the occasional JPG image file. It’s one where material is both accessible and useful to individuals and to systems. And it’s one where ideally all of the museum’s relevant knowledge comes packaged with the object. It’s also one that requires a leap into reductionism and disorder.

The case for reductionism

To the computer on your desk and the phone in your pocket, everything is data. Your device can run mind-numbing accounting software, play Handel’s Music for the Royal Fireworks, or display your flight schedule and in an important sense it will do it all equally well. It won’t care about specifics – it’s a platform, and a wildly important one due to rampant reductionism.

Think of the standard shipping container (that probably contained your device at one point) as a similar mechanism. It’s context-free blandness is its very strength: It’s highly flexible and can pretty much contain anything and everything.

Museums have digital content. But in order to make this content flexible enough to be truly useful we need to see not videos, research articles, blog entries, nor exhibition websites but content blocks. In a sense, then, we need to do what we are trained not to do: We need to ignore context.

Does this sound disturbing? If so, the notion may have made you think of the disreputable practice of cross-platform publishing; the (often problematic) idea that the same content can work well in many different formats. But the reductionism we’re looking for here is not this, but rather that of a library: To be useful, a library defines any book as “simply” an instance of books, thus ignoring typography, quality of writing, the mental state of the author, the imagined reactions of the reader etc. But, emphatically, the library does not reformat books on purchase to look the same and museums have no good reason to do this either.

In other words: We need to forget the properties of our materials that are irrelevant to organization without, of course, destroying these properties.

Which is the best way to organize our digital content blocks? If you’ve ever tried to draw up a sitemap for a complex website you know that this is dangerous territory. But in an important sense the answer is “in every way”. Organizing digital content is decidedly not the same as organizing physical objects. A physical object can be in one place at a time. In an art museum, you can organize your exhibition chronologically, by theme, by style, or by painter but you can only choose one. On the museum’s website, while you cannot have the physical artworks themselves, you can have all your representations and all your material in every way at once and this requires a footnote: We need to leave behind the shipping container metaphor – despite all their flexibility shipping containers can only be in one place at a time. Let’s refer to our material instead as elements.

A sitemap has its uses but it’s a strangely physical exercise as it imposes a particular hierarchical structure on elements that really don’t need it and will necessarily correspond to the logical structure of only very few users (on deeper levels it’s likely that no one user will find the structure fully logical). What we need is a way to let users choose their own structure based on their own definition of relevance. And for that, we need to establish connections between our elements by introducing what we could call associators. Associators are labels used to form relationships, in other words they are ‘metadata’.

Of course, the more common name for such metadata is “tag” or even “keyword” but those may give the wrong impression as an associator is better thought of as anything that defines a relationship between elements. On this view, we can identify at least four types of associators:

Using a scheme such as this, rich relationships can be built between objects in a collection. No all-encompassing authoritative taxonomy is needed. The price, of course, is a certain unpredictability. But the advantages are legion as you (and your users) will now have a much more versatile way of organizing everything based on any requirement.

To successfully be a platform – in the very concrete and somewhat technical sense described here – museums must not just publish their material online but meaningfully connect their materials to each other and to the web. I’ve left out the technical specifications on purpose since the whole point here is to think beyond concrete platforms but in outline, it’s a model we’ll be pursuing at SMK as part of the SMK Open project (www.smk.dk/smkopen) in the years to come

The idea of the distributed museum is by no means new but if we can establish much more powerful “thick” connections between museums and the web we may just be pushing our relevance into a whole different league.

Bautista, S, and Anne Balsamo. “Understanding the Distributed Museum: Mapping the Spaces of Museology in Contemporary Culture.” Museums and the Web 2011. 2011.