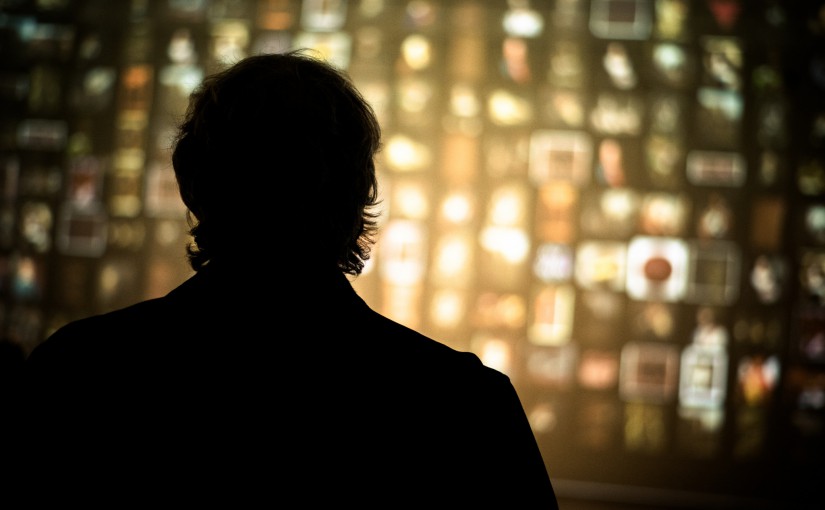 Guess what: Your museum won’t have to worry about digital anymore! It’s a nice thought, but as they say, don’t quit your day-job.

Museums are starting to move beyond digital as a separate field, or at least should be. This notion (in slightly different forms) is making the rounds and is clearly striking a strong chord.

The Met, in their October 2015 blog entry “Next Steps in the Met’s Digital Evolution”, speak of preparing for a postdigital world and the need to take steps “that respond to the inevitable growth of digital-related roles and responsibilities in the organization to the point where digital is no longer something ‘special’ but a mainstream business activity”.

Kajsa Hartig of Stockholm’s Nordiska Museet in her predictions for 2016 speaks of museums moving towards a post-digital condition requiring organizational change and the need for a unified channel strategy beyond a digital/analogue divide.

This notion of the postdigital museum (or at least the term) stems from Ross Parry’s 2013 paper “The End of the Beginning: Normativity in the Postdigital Museum” in which he observes how, for certain large UK museums, digital “has become logically wired into the reasoning of the museum” (conveniently there’s a YouTube version). Indeed, Parry quotes the head of digital media at the Imperial War Museums as saying that “We do not mention digital anymore. It is taken that there will be some digital activity even if people are not quite sure what that is.”

The point, of course, is not that digital has become unimportant but that it has become unquestionably important and that institutions no longer see digital as a separate goal in itself, but rather as part of the mixed arsenal necessary to further their goals.

Now, of you’re like me, this will be sweet music to your ears.

Goodbye strange platform-centric silo projects, hello unified omni-channel approach aligned with actual institutional goals. Wonderful indeed. But what will – or should – this mean organizationally? This seems much less obvious and, at least to me, sparks two new questions: A) What are departments for? And B) Can digital skills be  gradually embedded with known museum professions or are they distinct enough to require digital professionals?

The organizational chart of your museum is somewhat arbitrary. The departments work in somewhat different ways and employ people from somewhat different backgrounds but the actual, current split may be as much based on convention as any clean logic.

More interestingly, perhaps, most of the longing for a postdigital near-future where we won’t need to use the d-word would make an equal amount of sense when leveled against any other department. Would it be ideal if research were a “natural” part of everything we do? And what if communication were simply a core component of any project no matter who initiated it? And shouldn’t fund-raising simply be a skill that everybody employed in every activity? Of course. Everybody should know everything and work towards all goals at the same time. But only in the sense that there should be world peace and donuts shouldn’t make you fat.

In the end, the debate on whether digital should be its own department mirrors the decade old discussion on whether IT should be taught separately in schools and be a part of all other subjects. At a glance, scenario 2 sounds ideal, but many of its advocates actually change their position over time when it turns out to not really, you know, work.

For my part, I don’t think there’s any one-size-fits-all correct decision on this. And it’s probably less important than having a management (and funding body in the broadest sense) who make sensible, strategic digital development a priority.

Are there specific things that only the digitally trained can do or understand? Some people just seem able to do anything or pick up knowledge by themselves, so there are exceptions, but in my experience the answer is a resounding yes. There are genuine digital skills that do not come gift-wrapped to people of every profession, no matter how much they use computers.

Now, obviously programming is one such skill but that much seems generally accepted. I’m thinking here of two other competencies.

The first is User Experience Design, and more concretely user interface design. It is something that even the cleverest people without direct experience tend to get horribly wrong. Designing an interface means making 100s of tiny decisions and to get it right you need to be attuned to design trends and a constantly evolving field.

The second is data architecture: The understanding of the interrelation between data, content and representation. Understanding how these elements work together and how to leverage them for a given project is not something you learn in other professions – it’s a specifically digital “skill”.

In the end, all of this is to say that most of what we track under the heading of postdigital is a true cause for celebration. It means that museums are becoming increasingly platform agnostic and this can only be a good thing for our budgets, our sanity, and for our audiences. But just because we’d love for something to be true does not mean that it is true or that it is even fully possible. We’ll see digital being normalized and employed as part of other efforts but it will still require a continuous effort by trained professionals – just like everything else important.